BIR Convention: Everybody wants it, yet no one does 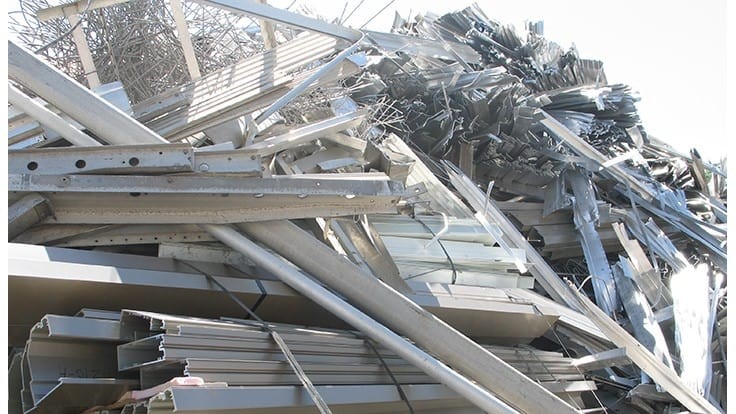 Throughout 2021, prices for aluminum, copper and other types of nonferrous scrap have trended upward, with processors and traders citing global demand outpacing supply as a prevailing factor. At the Non-Ferrous Division meeting of the Brussels-based Bureau of International Recycling (BIR) 2021 World Recycling Convention, panelists portrayed actions and attitudes in two nations that nonetheless view the increasingly valuable materials as “waste.”

While presenters from Malaysia and India described policies in those two nations casting doubts on their ability to import high-volume amounts of nonferrous scrap, another recycler’s overview of conversations surrounding the Green Deal in the European Union pointed to fears of future export restrictions on that continent.

Eric Tan, president of the Malaysia Non-Ferrous Metals Association, says his group is in dialog with government officials there to prevent the enactment of a set of import guidelines released earlier this year by Malaysia-based inspection agency SIRIM QAS International.

Nonferrous metals are essential to a “low-carbon future” involving electric vehicles, solar energy and increased digitalization, said Tan, and Malaysia can benefit by processing and melting scrap to produce those metals. “Availability and consistency in raw materials supply would induce more manufacturing activity in Malaysia,” he stated, which “paves the foundation for skills transfer, know-how and R&D” to help the country’s economy evolve.

Instead, Tan said, “Many existing investments will go down the drain if the [import] guidelines enter into force,” and Malaysia’s potentially bright nonferrous future will run into a wall. “Our association is trying to convince the authorities” not to enact those guidelines, said Tan, adding that opposition to scrap seems to stem from media and social media reports linking it to plastic in the ocean.

As currently configured, Tan noted, the guidelines’ requirement that scrap metal brought in must consist of 94.75 percent or more of one type of metal would completely prohibit trade in stainless steel, brass and cast iron alloys.

“This is all extra work for our industry,” said Shah. “Whether Malaysia or India, recyclers have to somehow deal with the overanxiety of lawmakers.”

Scrap imports contribute up to 40 percent of the metals production feedstock in India, said Shah, in a nation that strives to produce yet more metal overall. “There is a deficiency of scrap in India that is being met through imports,” he stated. “These imports net-net are helping India commercially, socially, economically and environmentally. It helps the very objective of the circular economy.”

While traders and processors in those two nations worry about import restrictions, Murat Bayram, who works in Germany for United Kingdom-based EMR Ltd., said as yet unfinalized policies tied to the EU’s Green Deal have the potential to suppress export trading there.

Bayram said carbon neutrality by 2050 is the overarching goal of the Green Deal, and secondary metals production indeed helps reduce emission. He stated, though, “The circular economy doesn’t end at the border of Europe. We need to think green worldwide.”

Regarding “dumping” materials on less developed nations, Bayram commented, “We try to explain to politicians that one briquette of [recycled] copper has a value of $1,500, so you will not find this copper littered across beaches across the globe.” In the EU, however, metal recycling is regulated under waste laws and regulations, and these will be subject to changes under the Green Deal.

In the nonferrous sector, “European capacities simply cannot hold the sheer volume of [scrap] materials coming in on a daily basis” to European scarp yards, said Bayram. He described Europe’s metal recycling industry as a fast-growing one that provides “local and non-outsourceable” jobs and provides products to smelters in and outside of Europe.

Bayram, sounding just as alarmed about export restrictions as Tan and Shah did about those on the import side, concluded, “Export restrictions, if put into place, would result in nothing short of the collapse of the current, green recycling infrastructure that relies on unhampered access to markets all over the world.”